Grace’s Art History goes back to her favorite elementary and high school class. She started the first art club, Avant-garde, at Roosevelt High School in Emporia at KSTC (now ESU). Her teachers, like Shirley Hurt, Richard Stauffer and Bill Allen, were among the best to inspire and direct students to create freely and authentically. Grace won local and national Scholastic awards.

At age 17 Grace experienced KU Art Camp for six weeks. She focused on Silversmithing and finished with honors. She also enjoyed weaving and knitting.

For more than 30 years Grace excelled in a Graphic Design & Publication Production career. In Oklahoma she owned and operated her own business for eight years. In the 1990’s she won prestigious awards including an Addy Merit Award, Graphex 18, Touchstone, and Black Gold.

Toward the end of her graphic design career Grace moved to Alaska where the art scene is unique and widely varied. She became inspired to revisit her interests in fiber arts and take up beadwork. She designed and hand-knit fashion accessories and sold them at local fairs and specialty stores. 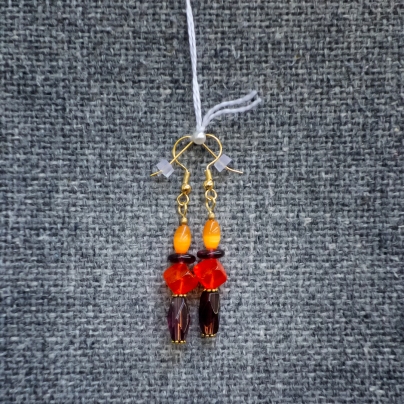 In Anchorage, Grace took a class at the Alaska Native Heritage Center to learn how to make an Alutiiq-style beaded headdress. She completed two headdresses, the first one winning a blue ribbon at the 2005 Alaska State Fair. The following year the second headdress won a red ribbon. After returning to Kansas, by 2009 she created and sold unique hand-knit headbands for Hatman Jack at Wichita Hat Works.

In January 2019, after 10 years of life’s distractions and challenges, (and two years of encouragement from her friend, Candace Sherman) Grace began making beaded earrings. Within 30 days she had made 90 pairs and decided to join Prairie PastTimes artist co-op in the Flint Hills at Cottonwood Falls. Now that Grace is unstuck she may be unstoppable and is exploring new ideas, like bracelets and more on re-purposed metal guitar strings. Grace is excited to discover more creative pathways ahead. 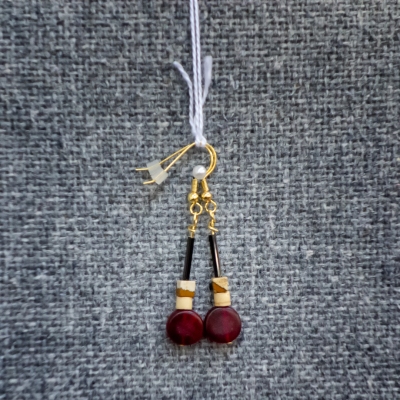 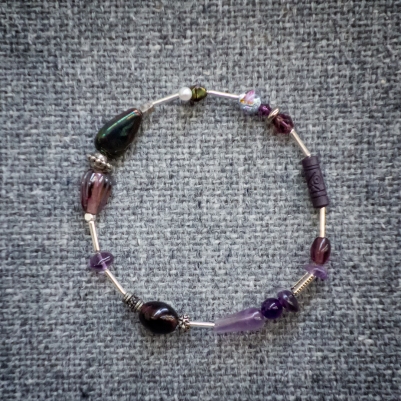